Among other things a major part of my employment at the IQOQI is to develop and maintain our website and a intranet called IVA.
Starting from scratch I established the IVA as a central part for our institute and it is now used to manage data from the areas administration and research. By now the IVA offers a quite large number of tools that simplify daily procedures and libraries to collect a diverse spectrum of data from scientific publications to upcoming events.
Partly this data is visible on our website therefore I started developing joomla components and modules. I like the idea of how those systems are clearly separated but connected through a solid tie for what I used SOAP.

As foundation for the IVA I created APM (Advanced PHP Managed) a MVC driven framework.
The key advantage of APM is that it is completely wrapped in namespaces what makes the development of further extensions an ease. It uses techniques with great communities like jQuery, birt for reports and bootstrap for styling. 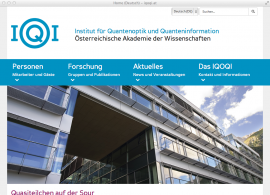 AirDesign the bright new star on the paragliding sky was founded about 2012. I'm proud that I could participate in the founding process of this company.
Naturally, my part was to create the website. Built with joomla and stuffed with extra extensions and custom modifications, it is now time to rethink, restructure and redesign the whole page. 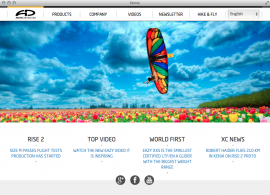 I got my first employment as IT technician and software developer at Disoft a small company in Innsbruck.

My former boss told me one day that the reason he hired me was because I took two upgrade training courses for HTML and Windows NT. Aside from the courses topic it was important to him that I was willing to learn. It was the time where Java Server Pages where getting popular and specially in this region nobody knew about this technology. So since every new employee would have had to learn JSP the willingness to do so was most important to him.

So I started my IT career from scratch by learning Java Server Pages. I got in touch with Java Script and later on also with pure Java.
Since at this time I was the only fulltime employee I also had to maintain the whole IT infrastructure including servers. This way I learned about Linux, Sun Solaris and Oracle. Retrospective it was kind risky of my boss to put me in charge for the systems in spite of little knowledge of the matter. But I learned quickly.

One of the most remarkable memories was to see the whole smartphone market come to life. At the times where no one would have had every dreamed of anything like an iphone I had an prototype in my hands from one of the first companies who tried to merge an handheld computer with an mobile phone. We wrote software for this device what everyone knows now as MMS.

Disregarding some troubles it was a very interesting time and I have learned a lot. Unfortunately the company is no longer in existence.

After a few small contracts in similar areas I raised my skills in dealing with people and different situations by working in field service for a company what was selling primarily POS appliances and software. Also hard and software in the hotel industry.

My job consisted basically in installing the hardware client server systems, server rack systems for oracle cluster and software interfaces to other vendors for example Telephone, Aircondition or other POS systems.
Our business partners and customers came from all over Austria and therefore I had to travel a lot. But since I really enjoy driving it was a great opportunity to gather experiences from many different specifications and requirements. To meet so many diverse kind of people was also a great part of this work.

At some point in time I saw a chance to learn more about what it needs to drive a business, quitted my employment and started as small business entrepreneur. This was mainly to learn more about sales, accounting and self management. Funny detail, my main customer was my last employer Hugin Sweda. I did this work till I got the chance to work at the Institute for Quantum Optics and Quantum Information.